For as long as there have been two or more furs with free time, there have been sports and games. This year we pay homage to that competitive spirit that has provided so much entertainment (whether intentional or accidental). From the backyard pick-up games of ice hockey, to professional disc golf matches, to fantastical games of Quiddich, we salute them all! And if you want to provide your own alternative commentary to these games, well, that’s all part of the fun.

In every sport, there are competitive elements, chances to show who’s better at some specific skill or ability. Show your team colors and pick your rivals. Feel the drive to win, the excitement as the players face off. Whether your play area of choice is the field, the court or the chessboard, meet your challenger and prove who’s best. To the winner goes the prize!

“Did you know that Golf was originally invented by Border Collies in Scotland that used their crooks to hit stones at wolves?” 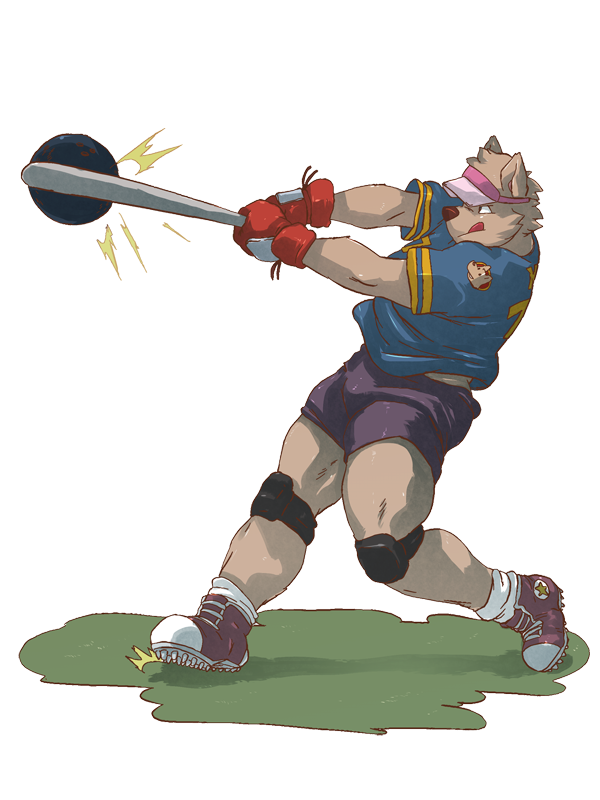 When you work as part of a team, you’re never working alone. Support each other as you face the competition. Win or lose, you’ll still be a team at the end of the match. Make new friends and strengthen the bonds with those you already know. Find your spots on the field, knowing that your teammates will be in their positions. Who’s on your team?

“Kurst Hyperyote was the star of the first (and only) game of Basebowling to have ever been played. His team, the Yappers, won by TKO.”

How you play is just as important as winning. We’ve all been on the receiving end of a “bad sport” who ruins the day. Be the better fur. At the end of the game, shake paws and celebrate the winners /and/ the losers. There is no game without both sides playing, there are no teams if it’s only about one fur. Rules are important, even those rules you make up just for fun. Follow the rules, play fair, have fun!

“The FSA only implemented the Species Integration rule after a blow out match between the Rapid City Grizzlies (an all bear team) and the Duluth Martens (an all mustelid team). Now no team is allowed to have more than half their players be of a single subfamily.” 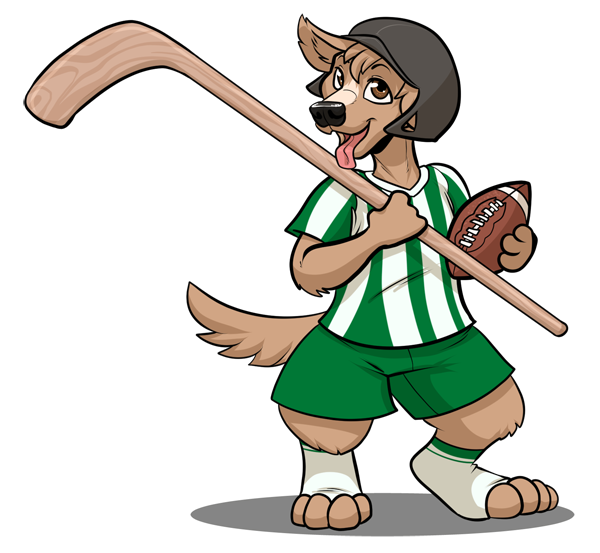 We would play if it wasn’t fun in some way. Not every sport or game is for everyfur. Find what’s fun for you and share that with others. You’ll always find someone else that enjoys the same things, and that’s when the games get more interesting. Whether you enjoy working together or competing more, find your happy place. What do you think is fun?

“Pup Rogers got his start as the ‘Ball and Stick Boy’ for Plymouth United before eventually going on to become their star player two decades later, winning three consecutive championships.”

When we talk about sports, we often limit ourselves to those games that exist right now. That doesn’t have to be a limit. Make up a sport that you think would be fun, then share that idea with others. How do you play football in zero gravity? Could you play polo on the back of llamas? How would hockey work if everyone wore Acme Rocket Skates? The sky’s the limit, so let your imagination soar!

“Competitive Duck, Duck, Gray Duck has very strict rules, and players at non-professional levels are often ‘out’ for motion violations.”

Not everything surrounding sports needs to be serious, there is often a lot of laugh at when you take a step back. It’s OK to laugh at what we find silly and strange. How can we make things even sillier? Should a team get bonus points when their fans all have their faces painted? Why is Quiddich “(a fantasy game) easier to understand than Cricket? What makes sports both fun /and/ funny?

JOIN US NEXT YEAR FOR…

Check back here for information about upcoming contests, tournaments and more fun! Or follow us on social media for updates as they happen.

Be part of all the action, get a room at the Furry Migration Hotel!